It was a hot summer’s day when I was invited to be a ‘Money Saving Expert’ on the new reality TV series, Million Dollar Neighbourhood. 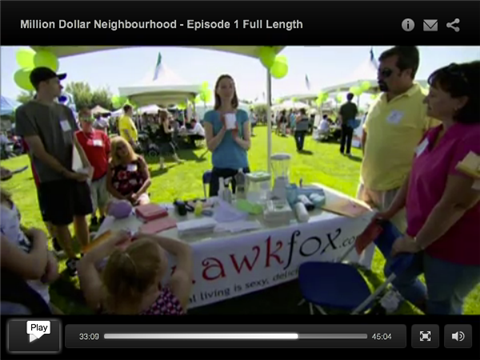 Set in Aldergrove B.C., Million Dollar Neighbourhood challenges 100 families and encourages the community to come together to raise their collective net worth by a stunning one million dollars. The show shares the real life struggles we all face when it comes to finances and family.

The first episode is called ‘Hidden Money’, and I’m in it! I make my reality TV debut at the 32:00 minute mark.

About Episode 1 – ‘Hidden Money’
The neighbourhood must reach their weekly $100,000 goal by uncovering the hidden money in their taxes, by gathering all of the spare change in their homes, and by eliminating their credit cards and living cash only. 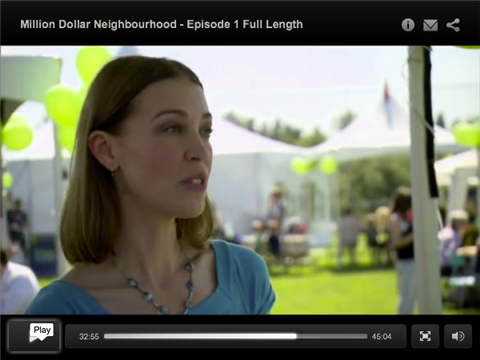 During the all-day shoot I was stationed in a big white tent for a frugality fair called the ‘Hidden Money Market’. I had a blast meeting the families and showing the community where to find hundreds of bucks in hidden money stashed around their homes. 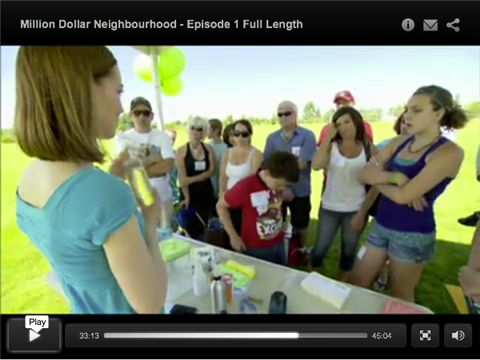 To get them on the right savings path, I shared these 10 Money Saving Tips for a Million Dollar Neighbourhood — only a few made it to air. You’ll have to watch the show to see which ones made the cut. 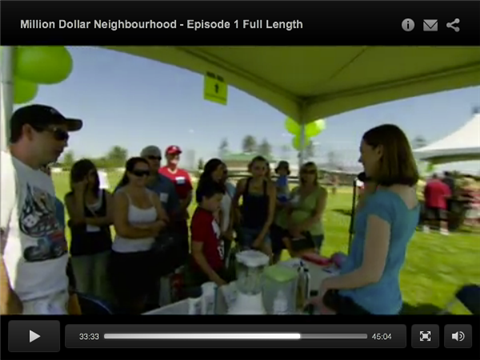 Hint: Carl’s crazy green phone from The cost of collecting (your favorite post from 2011) just might make an appearance. 😉

Your Thoughts: Did ya watch the show? Do you think the community can save one million bucks?