My name is not really Squawkfox

I’ve been called many names over the years. Some names have been given in fondness while others have been slung in spite. I’m sure you’ve been there too.

But to be completely honest with you, my parents didn’t name me Squawk, Foxy, or The Squawker – they named me Kerry.

I named my blog Squawkfox 488 days ago because my “better half” was done with my “squawking” to him about money and suggested I start a blog about it. He said he’d catch my Squawks in the RSS feed when he felt like it. He has fondly referred to me as Fox for a number of years now because it gets him laid.

When I started blogging about money hundreds of posts ago I didn’t expect that thousands of readers would subscribe to my Squawks along with my “better half”. Back when I created my pseudonym I failed to consider how I’d answer email, deal with phone calls, or sign business contracts. After a while real people just wanted to know my real name. If you’re a real person, I don’t blame you for emailing and asking.

So my full name is Kerry K. Taylor. The “K” part is important. Without the “K” Google shows you football players, a baseball pro, a stripper, and even a real estate agent. None of these people are me. I look better fully dressed and I don’t like it when people throw balls at me.

The name Kerry is one of those gender-bending monikers. It’s like a slinky – it’s fun for a girl and a boy. In fact, many people have mistaken me for a guy – until they meet me. I once went for a job interview where the hiring team was floored when I showed up and not some dude. I spent the first half of the interview picking jaws up off the floor and the second half getting hired. Yes, people, girls can be technical nerds too.

Anykerryktaylor, I decided to reveal my identity after writing the book 397 Ways To Save Money because someone’s name had to go on the cover. Since my editor was kind enough to feature my blog name with my real name on the book, I figured my pseudonym days were numbered.

So this brings me to day 488 of writing as Fox. Now that you’ve met me, I’ll introduce you to my “better half” – his name is Carl. Carl is German (from Germany), but his parents decided to spell his name the unGerman way without a “K”. This is important. ‘Cause if you spell Carl’s name with a “K” and my name with a “C” I tend to get a little annoyed. In Carl’s native language he’s my “Bessere Haelfte” – but since it annoys him when I try to speak German I’ll just call him Carl from now on.

No one in my home has been immune from my blog identity protection program, not even my dog Tivo. My dog is cute. My dog has big ears. And my dog’s name isn’t really Tivo. Her name is Pivo. Pivo is Czech for the cheapest golden beverage brewed in the Czech Republic – beer. So my dog’s name is beer. To the delight of my German husband, Carl, our beloved Australian Cattle Dog is a Czech brewsky. Classy. When we adopted Pivo from the SPCA the volunteers explained that Pivo’s original owners got her after a long vacation in the Czech Republic and named her after their favorite beverage. You can see why I preferred Tivo. I digress.

So there you have it – Squawkfox is Kerry K. Taylor, my “better half” is Carl, and my dog is named beer. If you want to see my mug shot then check out my About page for more real life stuff about me.

So now that you know my name and can send me messages without addressing “Fox”, please be kind. I’m a shy, quiet nerd with a loud writing voice. And please, if you ever decide to start a blog, please blog under your real name, you never know where it will take you. 😉 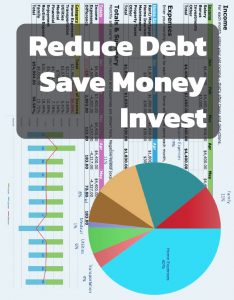 Sign up for our highly entertaining and not super frequent smart money newsletter.