How much money are you spending to sit and stare at an electronic black box every month? I’ll give you the numbers.

On average, American cable and satellite viewers pay $71 per month, which adds up to a staggering $852 a year. Canadians pay a steep price too. A recent CRTC report found the average Canadian cable subscriber spent close to $50 per month in 2009, while satellite subscribers paid $66 per month. 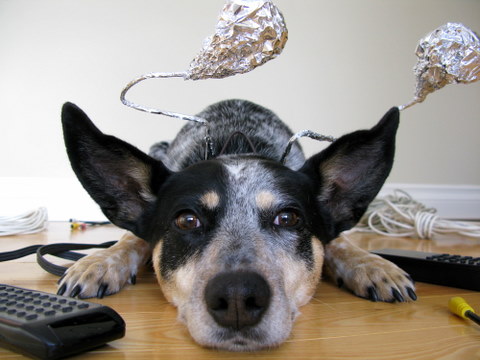 Upgrade to a digital package, add in a few movie channels, and you’re paying at least ONE HUNDRED bucks EVERY month to sit and stare at a bunch of pixels. That’s $1,200 a year on commercials, pseudo reality TV, and some other slop. Super.

Now, I don’t have a problem with watching television. There are a few excellent shows on the small screen well deserving of my time. What I do take issue with is paying for the other sludge that cable and satellite providers slide into the mix. My time is valuable. My money is valuable. And I don’t want to time-shift, PVR, and channel surf to find the good stuff while still paying for the crap. No. I want to cherry pick the best shows and watch them when the time best suits me. Who doesn’t?

That’s why I fired my cable company, quit paying for satellite television, and started using a few legal alternatives to get my TV fix. And thanks to the burgeoning market of new web-based and wireless services, breaking up with your service provider is easy and could save you a bundle, especially if you watch TV online.

If you’re ready to cut the cable cord and save some big money (and time), here are 15 legal alternatives to costly cable:

I asked the very fine people who follow Squawkfox on Facebook for their top ways to tap TV without the cable costs, and the resounding winner (for both Americans and Canadians) is Netflix. Netflix is a service that offers flat rate DVD and Blu-Ray disc rental by mail. Netflix also streams movies and television shows over the internet straight to your computer or preferred device.

What you need: An internet connection, a television, plus a Netflix compatible device that costs around $180-$300. The most popular devices are the PlayStation 3 (PS3), the Nintendo Wii, or the Xbox 360. You can also use your handy home computer for free if you don’t mind the smaller screen.

Pro: With over 10 million subscribers, you’ve got to assume that Netflix is making the cable companies very nervous. Plus, there are no ads with Netflix, and you can pause, rewind, or fast forward as often as you like.

Con: You need an affordable internet connection. Netflix eats a fair bit of bandwidth, so it helps to have a fast connection without restrictive usage caps to take full advantage of the unlimited service. The newest movies are not always available to be streamed.

Live in a big city? You’re in luck since you should be able to pick up several local stations for free. Many television stations in big cities still freely broadcast their shows over the air, and a few channels are now available in high definition.

Con: Channel availability can vary wildly from area to area, so Google for: your city name + “OTA TV” to see what’s available in your location.

Give the Dewey Decimal System a spin at your local library and you might be surprised by the programs available for your viewing pleasure.

Price: FREE! But you’ll pay a late fee if you don’t return borrowed materials on time.

What you need: A library card. Remember those?

Pro: Many library catalogs have multiple seasons of popular TV shows and hit movies on DVD. By borrowing from the library I’ve caught up with The Sopranos, Six Feet Under, and Dexter.

Con: Limited selection, almost no new releases. You may need to reserve certain titles months in advance and wait…wait…and wait some more. Those needing instant gratification should probably choose another TV viewing method.

Americans sure love Hulu — a website that streams ad-supported television shows and movies from NBC, Fox, ABC, and many other networks and studios over the internet.

Price: Free viewing on a computer. Hulu plus (with high definition) costs $8 per month and can be viewed on multiple devices.

What you need: An internet connection plus a Hulu compatible device, generally a computer hooked up to a television.

Pro: Many TV shows available and served on demand.

Many big television networks stream shows on their websites shortly after the initial air date. For example, NBC.com offers full episodes of many shows such as 30 Rock online.

What you need: A fast internet connection plus a computer.

Pro: Watching a favorite show on a familiar network feels like having cable, except you watch TV online, on demand.

A quick visit to Apple’s iTunes reveals why it’s the third largest retailer of media content in the United States — the site is huge.

Price: Some shows are free, but most episodes start at $0.99 and up. Passes for entire TV seasons can save you a few bucks. Higher quality HD programs are available, but often cost more.

What you need: A computer, the iTunes application (which is free), and an internet connection.

Pro: Both a media player and an online store, iTunes sells a huge variety of movies, TV shows, and music.

Con: Apple iTunes can get expensive fast, plus your downloads may cost big bucks if your internet bandwidth is pricey. Not all television programs are available.

Americans can surf on over to the biggest online retailer and watch new movie releases and television shows by streaming with
Amazon Video on Demand.

Price: Price varies per show, plus the cost of a compatible streaming device.

What you need: An internet connection, a television, plus a compatible device that costs around $80-$100. The most popular devices for this set-up are the TiVo and the Roku Player. You can also playback your movie or show on your home computer.

Pro: Amazon boasts over 75,000 movies and hit TV shows and dozens of compatible HDTVs and devices.

Con: Only available to Americans in the United States. Sorry Canucks, I too feel your pain.

What you need: An internet connection and the Sezmi device.

Pro: Sezmi is cheaper than traditional cable and satellite offerings. The device combines internet content with cable and DVR.

9. National Film Board of Canada

Canadians AND Americans can watch documentaries, animations, alternative dramas and interactive productions either on the web or on an iPhone. Start watching the National Film Board here.

Price: Free for personal use and on a subscription basis for schools and institutions.

What you need: An internet connection and a computer. Those with devices such as an iPad or iPhone can watch the National Film Board shorts too.

Pro: Lots of films and documentaries online, for free.
Some HD content and a few OSCAR Winning (and nominated) pieces.

Con: Mostly older documentaries and Canadian vignettes, such as The Log Driver’s Waltz — which I remember WAAAAY back when I was in diapers. Yeah, that’s old.

Disconnecting yourself from the cable tube and signing onto YouTube could save you hundreds, even thousands, over the years.

What you need: An internet connection and a computer. Those with an iPad, iPhone, or PS3 should be no stranger to viewing viral YouTube videos online.

Quitting cable and switching systems may sound like a hassle at first. But even after buying a $300 device or gaming console to watch TV online, you’re still saving hundreds over a cable or satellite service each year.

Squawkback: I’d love to hear from you guys. Do you still subscribe to cable or satellite television service? Or are you streaming your movie and TV shows online?