The Computer Apocalypse: Three signs you need to upgrade

The day was supposed to be perfect. I had the house to myself, my favorite coffee was brewing, and my brain was in a place where writing could be fun. Then it happened. I’m not exactly sure what “it” was, but my joy evaporated instantly when the behemoth that was my 17″ MacBook Pro went blip.

The sound of a behemoth blipping doesn’t make much of a sound, actually. I live in the middle of a forest after all, and when a tree falls or a computer fails, the loudest sound often heard for miles is me, screaming. 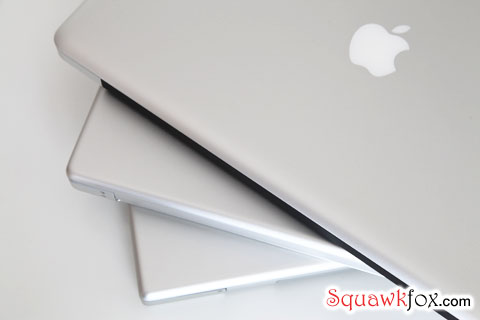 And scream I did.

At first I fiddled with the power cable. Then I opened and closed my laptop lid. Then I did both frantically again, four more times in rapid succession. Rebooting was a given, so I did that for another half an hour. With an elevated heart rate close enough to rival tachycardia and a body drenched in too many layers of cold sweat, I figured I had scored enough cardio points to last me a lifetime — so I curled up onto my pillow and cried.

The almost-freshly-brewed coffee was no longer strong enough for the situation, so I opened a bottle of wine. And drank it. Then I drunk dialed Carl at work.

Me: My computer just experienced an apocalypse. *tears* Sound of me pouring another glass…

Carl: Did you try rebooting? Wiggle your power cable — it needs a good wiggle sometimes.

Me: We’re beyond wiggling, hon. I’ve uncorked every bottle with a 2008 on the label.

Me: That’s the year I bought my now-dead MacBook Pro. The wine can’t survive this catastrophe. I won’t let it.

Carl: I’m coming home — 2008 was too a good year to face an apocalypse alone. Click.

Being a software engineer and a sometimes-smart man, Carl has the skill and patience to fix a lot of broken computer situations. Turns out a fried logic board on a deprecated machine ain’t one of them. 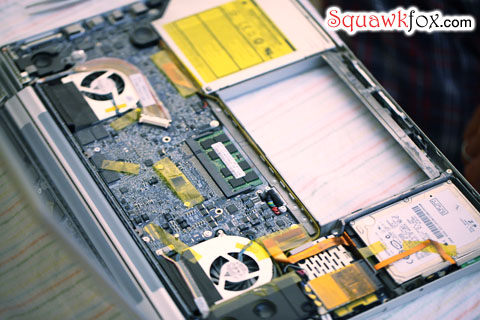 After five years of bloggy blogging, serious book writing, and bad pun punning, all logic died that day. I needed a new computer, but first I needed another glass of vino.

Over the years of being a committed computer person, I’ve been through my fair share of laptops, desktops, and anything else with a ‘top’ in the title. I’ve spent thousands on new machines, I’ve also saved thousands by knowing when to upgrade and how to upscale on a budget.

While I’ve never been one to upgrade my gear for the sake of getting the latest, shiniest gadget, I do know when it’s time to say “goodbye” to a computer.

This is the story of the three laptops that made this blog happen. This is also a guide to getting the most from your computer without upgrading a whole darn lot.

I’m starting this list with a big fat ‘0’. Zeros are a big deal in computer science — that’s how binary stuff happens, how proper ‘array’ things get started, and where all gadget lovers’ bank accounts go bust.

So your first step, before taking any steps, is to always care for your computer and data on a regular basis. Here’s how to get the jobbie done: 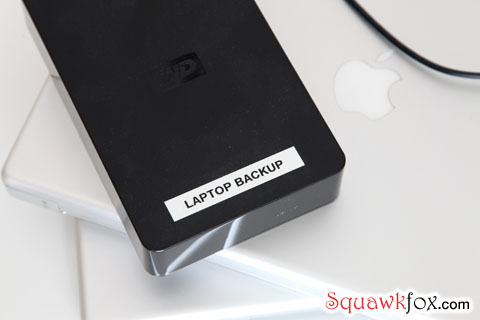 Make a dang backup. Computers are expensive, yes. But it’s the data loss that can cost you dearly when you’ve failed to have a backup plan. Tutorial: How to Back Up Your Computer | Lifehacker.

Don’t install crapware. All those browser add-ons, plugins, media players, and freeware — that s$it can chew into valuable memory and disk space and slow down your computer. Trialware is a big component of crapware since the stuff stops working without your payment — the worst can install adware or spyware onto your system, insert ads into your browsers, and track you without permission. Not awesome. Tutorials: Five tips for getting rid of crapware | TechRepublic and We Hate the Scam of Bundled Crapware | How To Geek.

Prevent overheating. Some like it hot, sure. But your computer will last longer if it keeps its cool. Clearing out dust bunnies, storing your machine in a happy space, and checking temperature settings can extend the life of your system and save you money. Tutorial: How to Prevent Your Computer from Overheating | Lifehacker.

Maximize battery life. Laptop lovers know the pain and sorrow of a lifeless battery, especially at the airport. Extend the life of your lithium-based battery by optimizing your laptop settings and knowing how to recharge it right. Tutorials: Maximize battery life of your notebook | Apple and How to Prolong Lithium-based Batteries | Battery University.

1. Upgrade the bits and bytes.

My second MacBook Pro, the one that died at the beginning of this post, endured a few money-saving upgrades before going kaput. After looking at the costs of upgrading a few components (RAM and hard drive) and comparing them to buying a whole new machine, the math said that extending the life of my current laptop (which was only two years old at the time) made more financial sense.

Too many computers are tossed these days when a few simple upgrades could save the machine and your money. Choosing to upgrade a piece here and there can be worth it, but it’s always a good idea to check the market for current computer prices first, and then decide if the cost of a new component is cost effective.

These are the bits and pieces I’ve upgraded over the years. 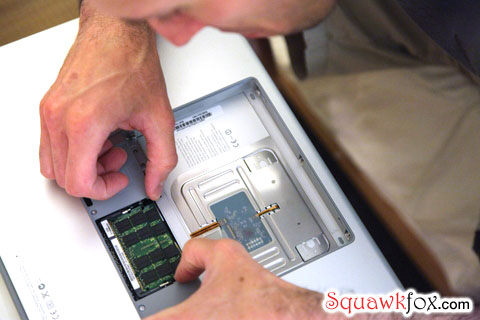 RAM. Also called Physical Memory, RAM is the stuff that makes your computer run fast. If things are starting to feel slow, sluggish, and a little infuriating (hey, it’s a computer), then an injection of new computer memory can help speed things up. Tutorial: Upgrading RAM | Lifehacker. 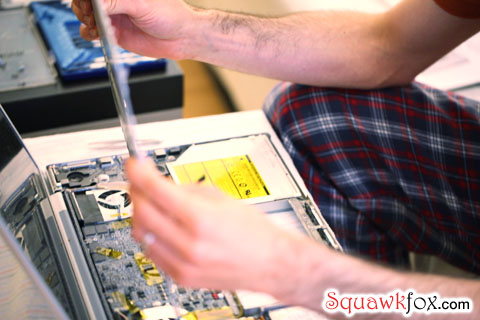 Hard drive. Are you a data demon? I am. I take thousands of photos, store zillions of songs, and keep too many videos of my kid. There’s a cost to hoarding data on your machine, and the price is running out of hard drive space. Adding a bigger, roomier drive may be the ticket to keeping your machine longer. Alternatively, you could just delete like crazy. Naw. 😉 Tutorial: How to Upgrade Your Tiny Hard Drive to a Spacious New One | Lifehacker.

Battery. After three years of solid use, the life of my laptop battery lacked the juice to continue. Since my battery was replaceable, I bought a new one so I could unplug my powercord more often. Easiest upgrade ever. Tutorial: What Should I Do When My Laptop Battery Doesn’t Last As Long As It Used To? | Lifehacker.

Operating System. How old is your OS? If you’re running something from several years back, it’s likely time to consider an operating system upgrade. A few years ago I ran Windows on my MacBook (for work, OK!), and then reformatted back to Mac OS to speed things up. I just upgraded from Leopard to Lion. My good friend Derek, who’s a software developer, wiped Windows off his older laptop and installed Linux. He seems happy with the improved performance while keeping his computer for longer. There are dozens of ways to update your OS, so check out these resources to decide on your best course of action. Tutorial: Try a New Operating System This Weekend | Lifehacker. 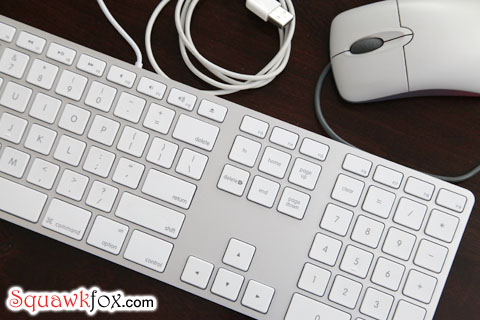 Peripherals. Replacing a grimy mouse or keyboard, or getting a new, larger monitor may be the ticket to keeping that old desktop around for while longer. Be sure to check prices and calculate costs before investing in new gear for an older machine.

ProTip: The site iFixit offers free troubleshooting and repair guides for pretty much all computer makes and models. If something is broken, check there for a little free fixit help.

If you’ve ever been pink slipped and retired in the computer industry before your 30th birthday, it’s probably because your job has been shipped to Bangalore, India where new corporate hires get paid pennies on your former weekly paycheque. So congrats, that’s how I first became dated in an industry where I had current computer skills along with a knack for writing passable English. (Probably why I created this resume writing series… anyways)

The other way to become obsolete with computers is time. Love your laptop or desktop for a long while and I 100% guarantee your machine will get stupid slow and unusable. The moment you feel the need to fling it into a farmer’s hay field (or at a map of Bangalore, India) might be the right time to shop for a replacement. Both my first and second laptops became obsolete when I could no longer buy replacement parts for the broken pieces.

There’s also this thing called Moore’s Law which might take the sting out of needing a new computer. Mr. Moore observed, in freaking 1965, that “the number of transistors on integrated circuits doubles approximately every two years”. So basically, computers get 2X more powerful every other year, and your six year old laptop will only have 1/8th the computing power of a newer model. To make matters more expensive, this internet thing keeps pushing the limits of our computers, so if you’re into viewing webpages sometime in the future, you’re gonna need to upgrade your machine eventually.

5 Signs your computer is obsolete:

If any combination of these points pertain to your machine, you have my permission to get a new computer pronto. Just make sure the technical documentation isn’t produced in Bangalore, India. No, I’m not (still) bitter. 🙂

Let’s start with Doctor McCoy from Star Trek since no one can identify death as skillfully and honestly as “Bones”.

“His brain is gone.”

That’s pretty much how I felt after downing a 2008 Gewürztraminer from a local winery, See Ya Later Ranch. Fitting, I know. 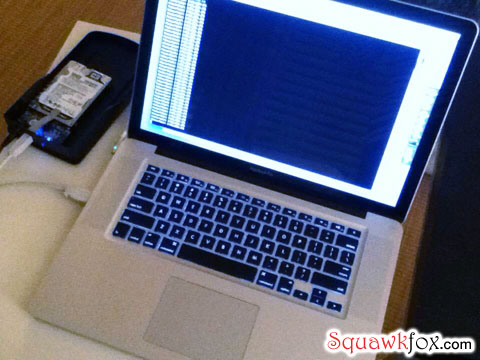 Ladies, we can rebuild her. We have the technology.

Anyhoo, while frying my second laptop’s motherboard failed to be fun on the ‘fun-o-meter’ and buying a new computer ain’t cheap, I was able to recover from the pain (not the hangover) with a backup plan. Being a blogger with an interest in keeping my blog alive, I’m pretty good about keeping hard drive backups for everything bloggy and data related. So I tapped my emergency fund and bought a shiny new laptop the day after my computer went apocalyptic.

The day your computer is deemed to be “Dead, Jim”, you have my sympathy and permission to upgrade with a replacement. And don’t forget to drink something strong enough to feel better. It is the apocalypse, after all. Hugs.