That’s not a horseshoe! Give yourself the kudos.

“You have a horseshoe up your arse.”

The number of times I was fed that line growing up could have choked an unshod horse.

It didn’t matter the accomplishment — great grades, a podium finish in sports, or landing the job — anything associated with my success was accredited to luck. And the greater the so-called achievement, the fancier the horseshoe.

I graduated to ‘Golden Horseshoes Up The Wazoo’ status whenever my school work won an award, which wasn’t often. But since I own a few plaques and maybe a handful of statues, I must be good at rolling the dice. “Hey, I’m on the honour roll again!” Time to congratulate my horseshoe.

On the flip side of ‘success being about luck’, failure was mine to own. A poor grade, not making the team, or losing a job was my fault, my cross to bear. If only I had studied harder, worked longer, or practiced sooner I wouldn’t have failed, faltered, or lost. Failure was my bad, not bad luck.

Looking back it’s clear that discrediting one’s success while owning only failure is a broken way of thinking, or in my case, a one way ticket to depressionville.

Sure, glossing over the good while facing one’s faults is a way to raise a humble, non-arrogant kid. Learning from mistakes is a fantastic life lesson. Dusting off the dirt after a face plant is character building. Taking constructive criticism can make your stuff stellar.

But I knew something was amiss the day my teenage self scored a goal in an emotionally charged soccer shootout. When the checkered ball left my foot and flew effortlessly above the goalie between the posts, my teammates danced with glee. Rather than celebrate, I ran over to the dejected goaltender and apologized for the “lucky shot” — a shot I had practiced for years. Saying, “I’m sorry” is a very Canadian thing to do. Not participating in my success was my thing to do. And over the years I’ve done it well.

If you think playing soccer with a load of horseshoes hiked up your arse shortens your stride, try finding the confidence as an entrepreneur to self-promote your stuff. Heck, go on live national television and tell people why they should listen to you. Yeah, good luck with that.

“Luck is what happens when preparation meets opportunity.” This quote is attributed to Roman philosopher Seneca, although he probably said it in Latin.

Since ‘preparation meeting opportunity’ has nothing to do with horseshoes and everything to do with effort, I’m going to go and throw shade at so-called ‘lucky breaks’ too.

As luck would have it, my accomplishments aren’t lucky at all. Neither are yours. Hard work and perseverance pay off. If you suffer from “Horseshoe up Arse Syndrome” (I made that illness up) then it’s time to give the shoe the boot.

Here it is, a horseshoe. 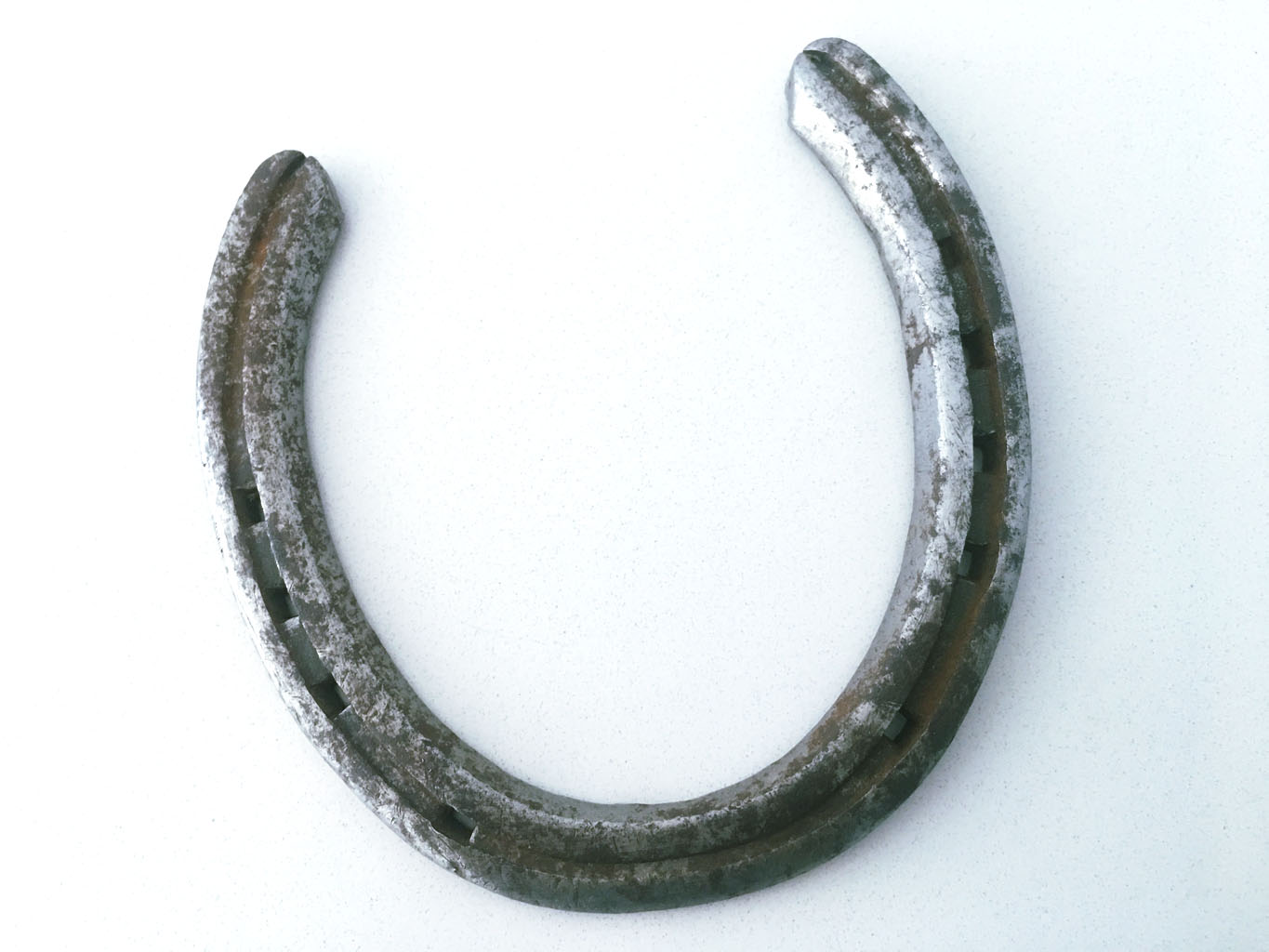 I painted it golden, because why not? 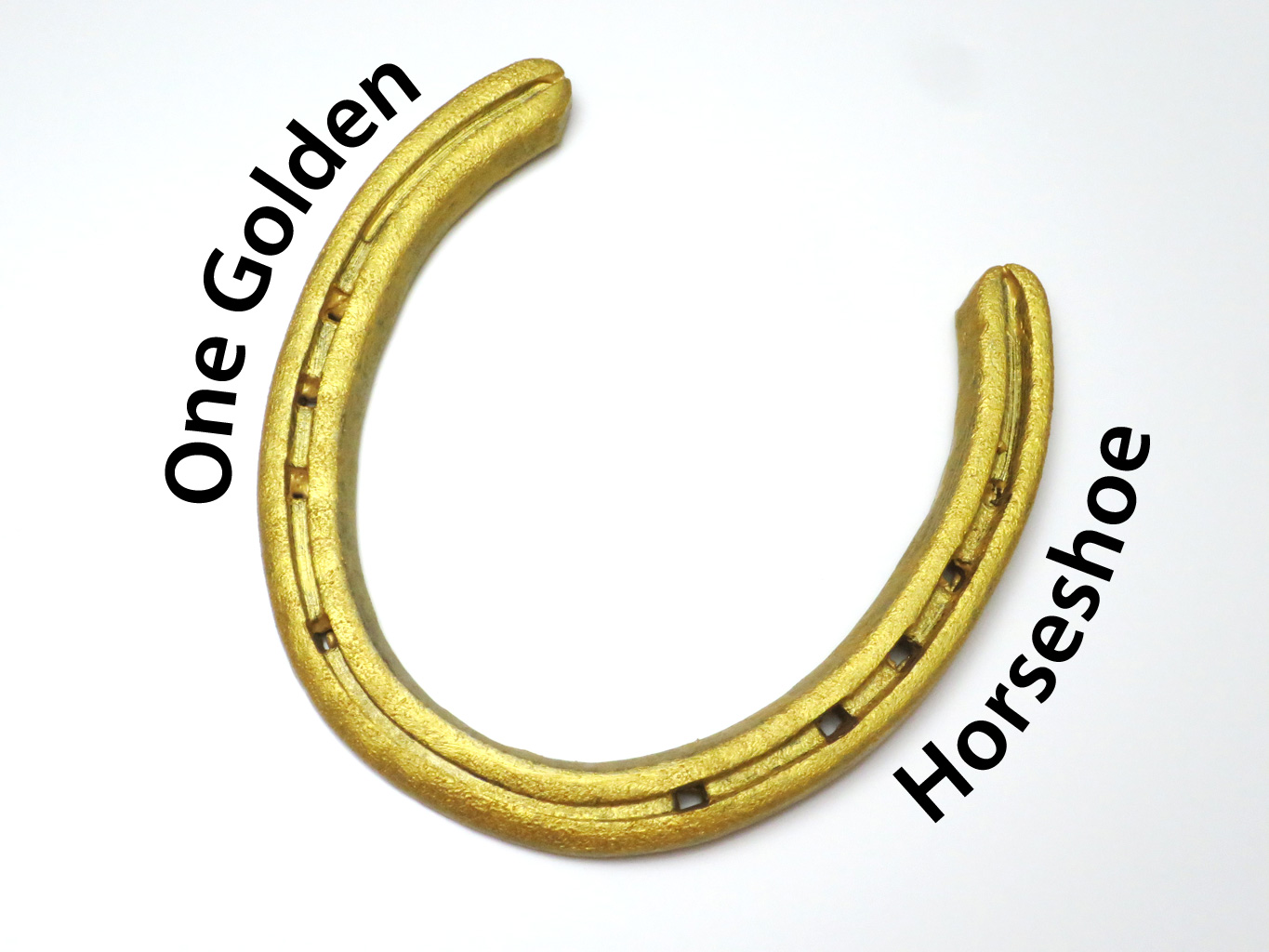 And then I buried the hateful thing … where the sun don’t shine.