Every year I share the gadgety things that help me cut costs, raise my productivity, and make me smile while sticking to a thrifty budget. Because gadgets are generally stuff, it takes a special gadgety thing to make my list and bring a smile.

Like with all things consumerism, take these giftinspiration ideas as ideas and do a little legwork in your area to find the best price for your budget. Or just laugh at what I found useful this year.

Here are this year’s ten awesome gadgets worth the money. Maybe.

I needed to replace my well-loved and nearly kaput eReader with another book reading gadget. The tablet market these days is huge, and my list of requirements was specific. I wanted something pocketable, affordable, and of super awesome quality. I also wanted to browse online, Skype, shoot/play video, snap photos, play music, write, answer email, play with social media stuff, organize my calendar, entertain a toddler, and basically make my life easier. 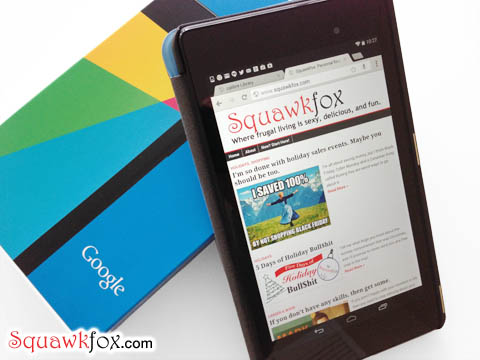 An Apple iPad Mini would have been an obvious solution, but at over $400 I couldn’t stomach the expense. Instead I opted for an Android model, the $200 Google Nexus 7 Tablet.

Argued to have the “world’s sharpest 7″ tablet screen” and a bunch of features (including price) beating Apple’s iPads, I’m thrilled with my Nexus tablet. Here’s a fancy Nexus 7 review.

Using the Zinio app to read free magazines from the library is a big bonus — I’ve cut all my magazine subscriptions to zero. Big savings right there. 🙂

Do yourself a solid by protecting your new tablet with a case. Because accidents happen. Priced from $10 to $20 are the super-snug and protective cases by Poetic. 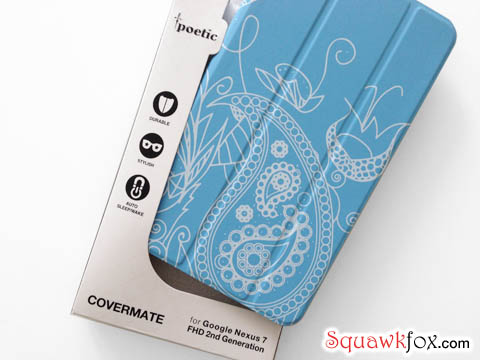 Doesn’t matter which tablet you own, I’m pretty sure there’s a softcase or a hardcase within this brand for every budget.

Carl has the Poetic Slimline for his iPad and I use the Poetic CoverMate (pictured above) for my Nexus tablet. Our toddler approved by dropping both tablets while watching The Wiggles.

I didn’t want to love the Keurig Single Serve Coffee Brewer. But I love my single serve Keurig coffee brewer. After destroying four carafe coffee machines over the last two years (I blame overuse, misuse, parenthood, long nights, longer days, and the need for caffeine yesterday) I came to the realization that our coffee pot situation was busted. 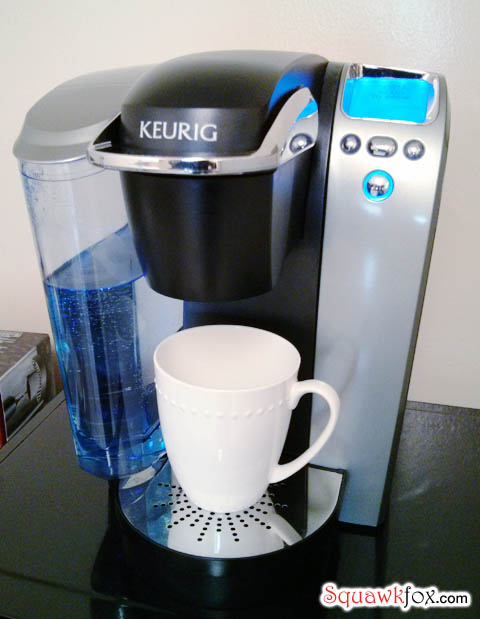 The problem was waste. We rarely finished the pot, and when we did the coffee was so old and stale from sitting forever that I’d want to hide my tastebuds from the world at Starbucks. The other problem was the coffee. Carl prefers his coffee dark and stronger than battery acid, whereas I prefer something more mellow.

Given the price of coffee waste (significant) and the flavour issue (unbearable), I opted for a single serve brewer so each adult in my household could make their own preferred cuppa when needed.

My biggest complaint with this style of coffee maker is the cost and environmental waste associated with the coffee pods or K-Cups. I solve that issue next.

I didn’t need to think twice (but I did) before buying the Brew & Save Reusable K-Cup Filter for under $10. The marketing claims to save you 75% over buying K-Cups. I should do a price experiment, ’cause I think it may be more if you’re buying fancy coffee.

I love these filters because I get to choose the coffee I want to drink at the price I want to pay. Also, NO ENVIRONMENTAL WASTE.

UPDATE: Canadians are emailing in droves. The Brew & Save Reusable K-Cup Filter is available in Canada.

From the site: “The Brew & Save reusable coffee filter allows you to reduce your carbon footprint, lower your costs, double your value and increase your personal choices. Now how often can you honestly claim that a product does all that? We say not very often.”

You can cut your cable and still watch tee veee by harnessing the free (and legal) over-the-air local airwaves in your area with a simple antenna. I wrote about OTA in 10 Legal Alternatives to Costly Cable if you want to learn more about how it works. 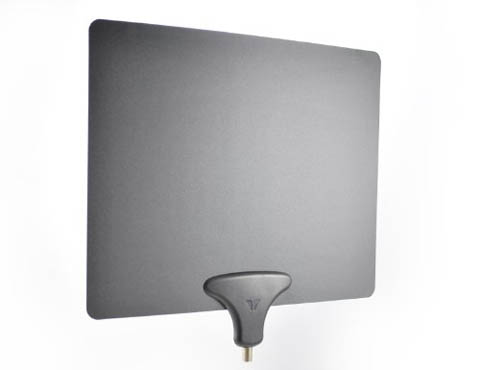 For those cable cutters living in larger urban centers, buying a simple antenna costs around $50 (once) and could score you several free high-definition stations for years. Total savings = thousands.

It’s not easy being green. Or blue. Or to have tresses sporting any variation within the green-blue spectrum. I should know. I got a touch of the Smurfy blues after showering in my high rise building for a few months.

The culprit wasn’t my love for the aquamarine vibe, but rather the chlorine added to the city’s water supply. Oh, and my skin got all dry and gross too. Big city apartment dwellers, condo creatures, and anyone with lighter colored hair (and sensitive skin) living in a high rise building may succumb to this chlorination condition as well. Sorry. Not fun, I know. 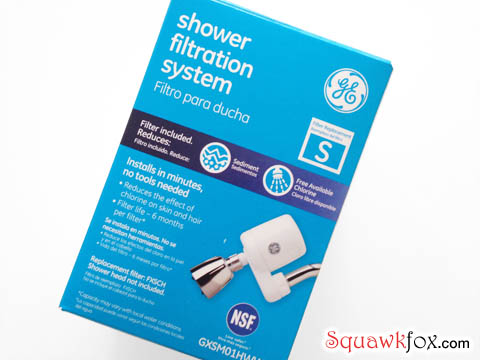 The solution to the overly chlorinated problem is a simple gadget called a shower filtration system. For around $50 you get an activated carbon filter that pops in behind your shower head. The Aquasana AQ-4100 Deluxe Shower Water Filter System is a very popular choice.

May you be less blue.

When I bought my $783 unlocked Apple iPhone, Carl opted for the less pricy Nexus 4 from Google. It has recently been replaced by the Nexus 5. 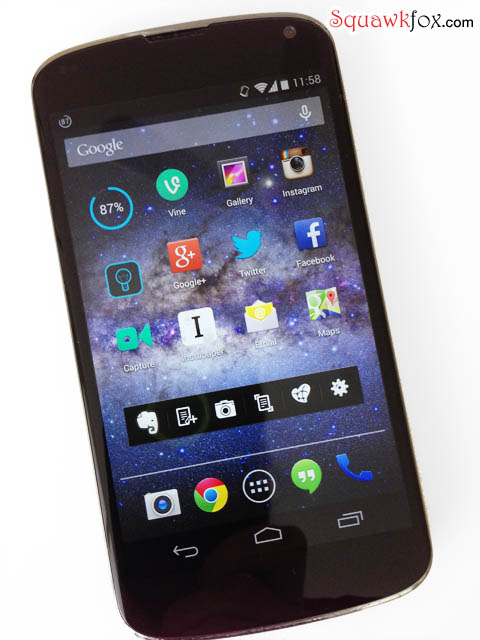 I made the case for going contract-free with an unlocked phone in Call Me Maybe: Why my $783 unlocked iPhone is a ringin’ deal and I think an Android phone like the Nexus is even a better ringin’ deal.

Described as a party game for horrible people, Cards Against Humanity is the best way to be horrible at home (with your closest friends) while having fun on a budget. This ain’t no children’s game. Sorry. 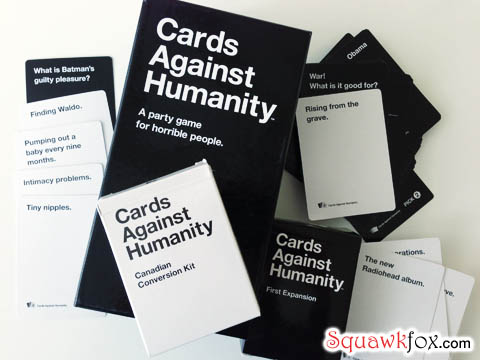 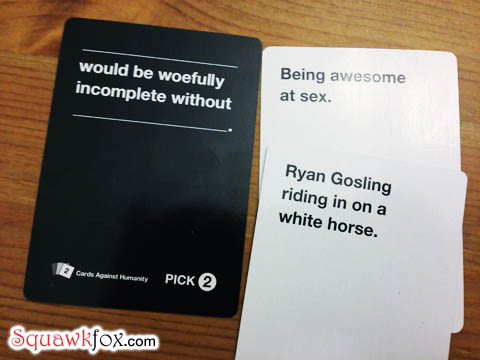 Priced at $25, you can afford to be despicable and all sorts of awkward for years with this unbelievable game. There are $10 expansion packs — one is a Canadian version so you can do horrible things to Mr. Dressup or PM Harper. Your choice.

Given to Chloe as a baby gift from my sister-in-law (Kate the Great) is the 3 Sprouts Storage Bin.

Available in a variety of colorful animals and priced at under $25, I must admit that this collapsable canvas bin is my favorite thing in Chloe’s room. Decluttering after a kid is fast and sometimes the kid will help put stuff away too. The coated interior is easy to wipe clean.

Filed in a secret place where I had no idea adhesive backless bra-things existed is a thing called the NuBra Feather Lite bra. 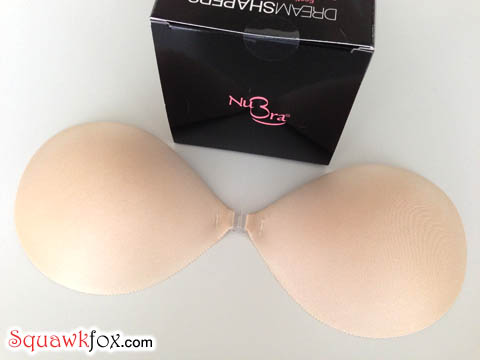 Basically, it’s a bra with two sticky cups that stick to and cup your boobs. It’s a little disturbing, but mostly awesome if: