How to make chicken stock in a slow cooker

This chicken stock recipe is part of a delicious frugality series called How to stretch a whole chicken into many healthy meals. To start this plucky series from the beginning, read the clucky introduction.

Call it chicken stock or chicken broth, either way it will warm your soul on a cold winter’s day. And if you’re lucky, a nice hot bowl of homemade chicken soup (or stew) made from your own stock might just cure whatever ails you. Well, maybe not your ailing credit card debt, so we’ll leave that one for another day. 😉

Anyfrugalfood, making your own homemade chicken stock is a very easy and frugal thing to do. Many stock makers just boil their broth in a pot, but I like to use my slow cooker.

Brewing broth in a slow cooker is effortless since it’s a hands-free activity and you don’t have to babysit a boiling pot on your stove. Besides, there are other things I’d rather do than watch a pot of bubbling broth. If you’re in the market for a slow cooker, see How to Buy a Slow Cooker or Crock Pot for the details. 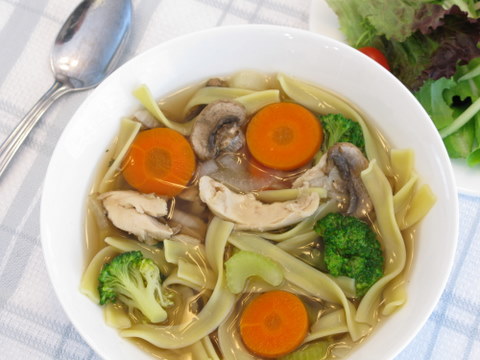 Yummy: A bowl of chicken noodle soup made from homemade chicken stock.

OK, so making chicken broth is cheap. Don’t believe me? Let’s compare the cost of buying that prepackaged Swanson chicken broth stuff to using what’s in your fridge. According to Amazon, Swanson Chicken Broth, 32-Ounce Aseptic Box (Organic, Pack of 12) costs around $38.

My organic chicken broth cost me a leftover chicken carcass and a few past-prime vegetables — all foods I would have discarded or composted without a second squawk. Plus, homemade chicken broth is far more environmentally friendly since it doesn’t require the disposal of those nasty aseptic boxes.

OK, let’s get to the good stuff!

Tip: When making vegetable or chicken stock, avoid using vegetables like broccoli, cauliflower, and brussels sprouts because their strong flavors will dominate the stock.

Step One: After roasting a whole chicken, remove meat for subsequent meals. Remove skin and discard. 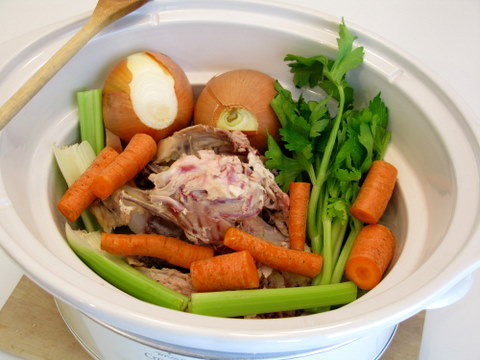 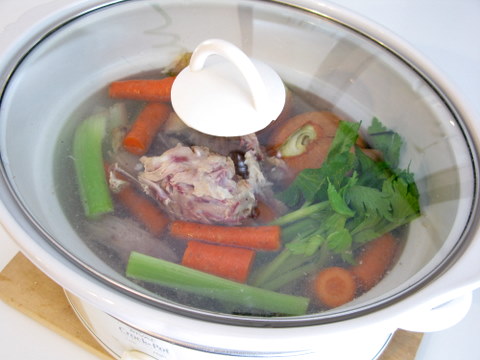 Step Three: Cover and slow cook on low for 12 hours, or longer. 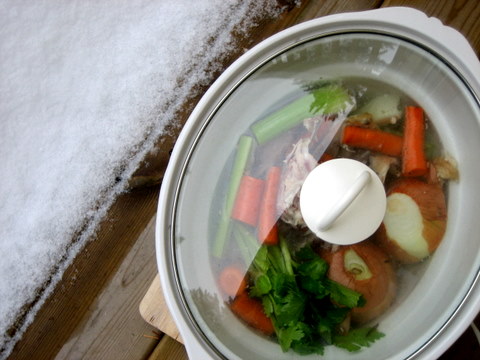 I often place my slow cooker outside on my deck and let the broth simmer for up to 24 hours. 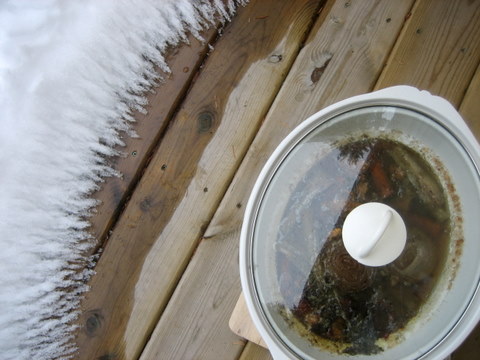 So by the time the snow melts, I know my broth is done. 😉 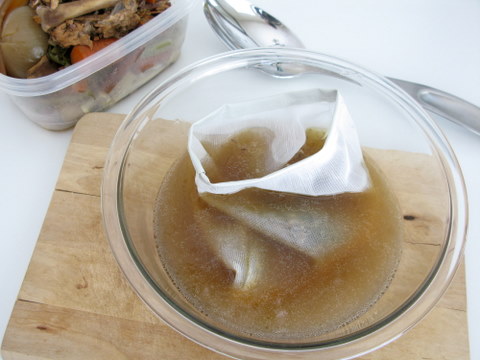 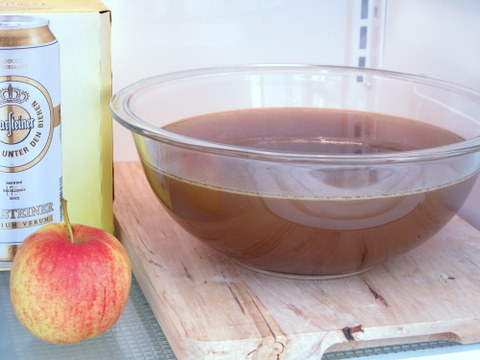 If your German spouse likes to drink German beer, feel free to set your broth next to the beer. Place an apple in front of the brew to distract the internets from seeing your gorgeous organic broth next to less gorgeous inorganic beer. Smirk. I’m secretly hoping that Carl will reach for the apple before grabbing a beer. Yeah, unlikely I know.

Step Five: Refrigerate stock until fat rises to the surface — about 8 hours. Skim the fat and discard. 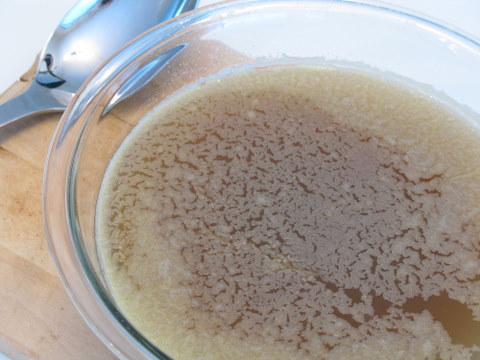 Pour chicken stock into mason jars or containers. Refrigerate for up to 3 days or freeze for up to 1 month. 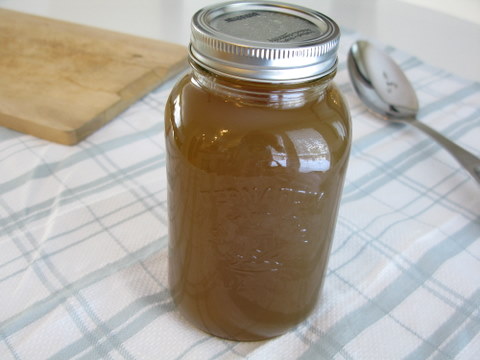 That’s it! Fresh chicken stock for all your soups and stews. Or use a cup to flavor side dishes like rice or quinoa.

Squawkback: How do you make chicken stock? Which vegetables do you add?